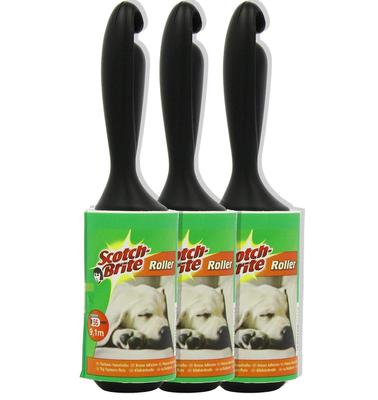 The invisible bookshelf. Not as good value as the Argos shelves reviewed on the last show. The usp is that you can't see the shelf once you have put some books on it. My daughters each have one of these above their desks and they look cool:) You can get quite a big stack of books on them. Some DIY skills needed as you need to drill some holes in your wall.

They seem to be about £15 on Amazon at the moment, but I think I got mine for around £10, so shop around.

Most of our family enjoy loose leaf tea. In a retro moment my wife wanted a "proper" teapot. This tea pot contains a stainless steel infuser, which keeps the leaves and hot water separate. So when you pour out your tea, you don't end up with a load of tea leaves in the bottom of the cup.

It seems well made and the infuser is easy to remove and clean. It's available in a couple of different capacities and several colours.

Unlike certain other items the pink one is the same price as the other colours! In fact it looks more orange to me (I didn't choose the colour).

Further to Steve's review of walking poles for his Dad. I bought a pair of these last year for £28. I do quite a lot of mountain walking and climbing. Over the I years have gone through several different expensive poles. I prefer the flick lock design to the twist to lock, as I find it much less likely for the sections to slip when you put pressure on them, particularly when descending. So far these poles have proved robust and are as good as ones costing a lot more.

These poles are made from carbon fibre and weigh only 190g per pole. They collapse into a shorter folded length than most other poles. Even if you don't plod up and down mountains, it's worth paying the small extra amount over the cheaper poles.

There several Amazon price tracker apps around. Unfortunately, every so often Amazon decides to block them. This one works at the moment and has a good range of options. However, it doesn't work with Kindle books. https://keepa.com/

Does what it says on the bowl! Our Labrador puppy is a typical Lab. He doesn't eat food, it just gets sucked straight out of the bowl in a few seconds. This is a very simple idea. The bowl has lots of "fingers" on the bottom and the biscuits drop into the spaces between the fingers. It now takes him a couple of minutes, rather than a couple of seconds to eat his food. I wonder if it works with greedy people too:) https://www.amazon.co.uk/gp/product/B01CA0Y1ZM/ref=oh_aui_search_detailpage?ie=UTF8&psc=1 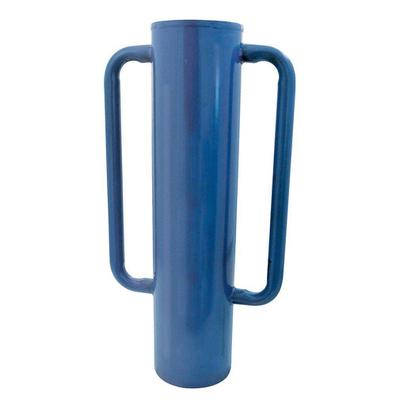 Something of a niche product for most, but very useful if you need to erect a fence. We recently got a Labrador puppy and SWMBO wanted a stock proof fence putting up around the lawn so we could let it out in the garden and it wouldn't escape.

Normally we would push the posts in using the hydraulic arm on the Loadall. However, big tyre tracks across the lawn would probably have resulted in serious disapproval from my wife. The Poat Driver is basically a big heavy steel tube which you put over the top of the post and wack up and down to drive it in. Best operated by two people. It's better than the traditional big rubber hammer, as you can't miss the top of the post, like you can with a hammer. I am sure that you can get these in your local hire shop if you think you will ever need to use it once.

I was interested to hear Richard's views on the Fitbit. Keeping a record of your activities can be very addictive. Although I do a lot of walking, I am also a cyclist. I do around 100-150 miles per week, all of which is recorded on my Garmin 810 and uploaded to various cloud services. I am not competitive, so I don't care if I have a King of the Mountains Strava segment. However being able to see exactly where I have been and compare my performance to the last ride over the same route is highly addictive. Also, I try to cycle at least as far each month as I did in the same month last year. Knowing that you only have four days left in a month and you need to cycle another 200km to equal last year's total is good motivation to get out when it's pouring with rain!

Last year I saw the MiBand, which was only around £10, so thought I would give it a try. It's no FitBit, but is stonkingly good value for money. Battery life is amazing, often more than 30 days between charges. It records steps and sleep patterns. The one I have doesn't have an HRM, but there is a slightly more expensive model that does. It integrates with Google Fit and there are IOS and Android apps. One feature that I found very useful is the ability to set different vibration patterns based on your phones notifications. You need the excellent MiBand tools https://play.google.com/store/apps/details?id=cz.zdenekhorak.mibandtools to do this. So for example if I get a text from a family member, I get a different vibration pattern to a text from anyone else. Very useful when I am out on the bike and the phone is in my rucksack. If you don't know if a fitness band would be any use to you, for a small amount of money you can try the MiBand. 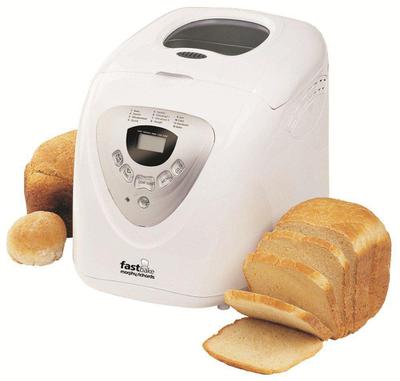 We have had several attempts at making our own bread, but it's time consuming and results are variable. I have often thought about buying a bread maker, but assumed they would be very expensive. However, looking at Amazon there are several available at around £50. I decided to buy one knowing it would be easy to return if it turned out to be a failure.

I chose the Morphy Richards breadmaker on the very non scientific basis that it was the number one best seller on Amazon and had many positive reviews. It came with a very comprehensive instruction booklet. Although you can tweak lots of settings, for most loaves you just put in the ingredients and press "Go".

It's important to measure your ingredients accurately and pay attention to the water temperature. Too hot and the yeast ferments too fast and the loaf will rise and collapse. Too cool and it won't rise enough. You do need to do some tweaking to the weights to get the sort of loaf you want. However, my first few attempts were perfectly acceptable.

Total preparation time for the ingredients is about 10 minutes. Once you set it going it will take about three hours to bake your loaf. The whole process is automated, once you have placed the ingredients in the breadmaker you simply press go and wait for your loaf to bake.

A standard loaf will cost slightly more than a pound for the ingredients. Not as cheap as Tesco, but much nicer! Apparently you can also bake cakes and make jam, but I haven't tried that yet. 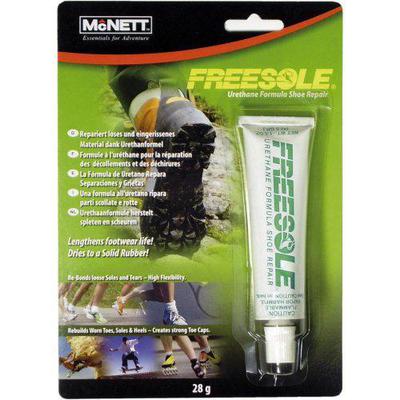 If you have a pair of shoes that need repairing this is what you need. I used it to stick back the sole on one of my sons shoes a couple of months ago and it hasn't come unstuck yet. Apparently you can use it to build up worn heels. If you don't use the whole tube it can be stored in the freezer once you have opened it.

Ted mentioned torches in the last show. I have got a battery/torch combo similar to Ted's. However, if I need a torch it's usually for something where I need to use both hands, so I use a headtorch. At this point I have to admit to a headtorch addiction: I think I have at least six. So I thought I would do a brief rundown of what's available.

Virtually all headtorches are now LED powered and run off 3AA batteries. Gone are the days of Petzl Zooms with halogen lamps, powered by those flat batteries. Just to show that I am a real torch nerd, somewhere I have an old acetylene powered caving lamp.

The Petzl eLite linked to is probably the smallest one I have. It runs off one of those button cells which hold charge for at least a year, so it shouldn't be flat if you don't use it for a long time. It's verysmall and can easily be fitted into a pocket, or included in a "Man Bag". I find it useful if I am staying in a hotel. If I need to get up in the night, rather than switch on the room light and wake SWMBO, I just click on the red beam, which lets me see where I am going without losing my night vision.

At the budget end of the market Alpkit https://www.alpkit.com/lighting is good value for money. The battery compartments tend to be a bit fragile, but can be bodged with gaffer tape. If you want something with more bells and whistles something like the LED Lenser series: http://www.amazon.co.uk/Lenser-Rechargeable-Head-Lamp-Black/dp/B001PMP340/ref=sr_1_16?ie=UTF8&qid=1454506552&sr=8-16&keywords=led+lenser are good.

More expensive torches have regulated outputs. The light doesn't fade gradually as the battery discharges, but maintains a constant output until it finally gives up the ghost suddenly.

Finally there are the very bright eBay ones. These run off LiIon batteries, so the usual caveats about them catching fire apply. I have something similar to http://www.ebay.co.uk/itm/131718046746 Living on a farm I need to do things like look for cows in corners of fields in the dark. This type of lamp will illuminate the corner of a field from more than 100yds away. I also use it for cycling, although on half power, as full power dazzles oncoming traffic. Battery life is around 2hrs on full power. Petzl Headlamps Elite '12: : Sports & Outdoors Petzl Headlamps Elite '12: : Sports & Outdoors amazon.co.uk